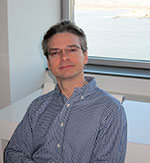 Pierre Collin-Dufresne is a Professor at the Swiss Finance Institute of the École Polytechnique Fédérale de Lausanne. He has published in leading academic journals such as Econometrica, The American Economic Review, and The Journal of Finance and won various research awards including Amundi Smith Breeden Prizes. He has served as director of the American Finance Association, director of the Western Finance Association, associate editor for several leading finance journals, and has been a member of the Center of Economic Policy Research and of the National Bureau of Economic Research. Before joining the SFI, he was the Carson Family Professor of Business at Columbia University. He previously held professorships at the Haas School of Business of UC Berkeley and at Carnegie Mellon University. Professor Collin-Dufresne also worked in the Quantitative Strategies group of Goldman Sachs Asset Management and as consultant for the Federal Reserve Bank of New York and the European Central Bank, as well as for Cornerstone Research.
CV (pdf) 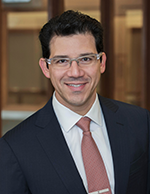 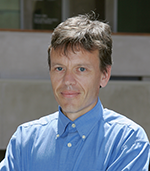 Allan Timmermann is a Distinguished Professor of Finance and Economics at University of California, San Diego where he holds the Atkinson/Epstein Chair at the Rady School of Management and is Associate Dean of Faculty. Dr. Timmermann has also taught at the London School of Economics and at Stanford University where he held the position of Kaiser Visiting Professor of Risk and Insurance. Timmermann was a founding member of the Model Validation Council, established in 2012 by the Board of Governors to provide independent expert advice on the procedures used by the Federal Reserve to rigorously assess its models for stress testing banks. He chaired the Model Validation Council from 2014 to 2015. He has consulted for the International Monetary Fund (IMF) for which he conducted an evaluation of the World Economic Outlook forecasts. Timmermann has also consulted for the New York Federal Reserve, the European Central Bank (ECB) and a variety of private firms. In 2015 he held a fellowship at the Bank for International Settlements (BIS).  Dr. Timmermann received his PhD in Economics from University of Cambridge. In his research, Timmermann uses a mix of theory, data and econometric techniques to understand the behavior of prices and expectations in financial markets. His objective is to understand what determines the movement of security prices and to use this in managing risk, forming portfolios and forecasting future price movements. He has also studied mutual fund and pension fund performance. Timmermann has developed new methods in areas such as forecasting under structural breaks, forecast combinations and evaluation of predictive skills. Timmermann’s research has been published in top journals in finance, economics and statistics, including Econometrica, American Economic Review Quarterly Journal of Economics, Review of Economic Studies, Journal of American Statistical Association, Journal of Finance, Review of Financial Studies, Journal of Financial Economics, and Nature. His research received a ‘Best Paper Award’ for a paper published in the International Journal of Forecasting over the two-year periods 2004-2005 and 2008-2009. His book “Economic Forecasting”, co-authored with Graham Elliott, was published by Princeton University Press in April 2016. Professor Timmermann is a co-editor of Journal of Financial Econometrics and an Associate Editor of Journal of Business and Economic Statistics, Econometrics Journal and Journal of Applied Econometrics. He is a fellow of the Journal of Econometrics and of the Society of Financial Econometrics.
CV (pdf) 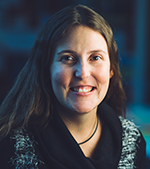 Caroline Uhler joined the MIT faculty in 2015 as the Henry L. and Grace Doherty assistant professor in the Department of Electrical Engineering and Computer Science and the Institute for Data, Systems, and Society. She holds an MSc in mathematics, a BSc in biology, and an MEd from the University of Zurich. She obtained her PhD in statistics from the University of California, Berkeley. Before joining MIT, she spent a semester as a research fellow at the Simons Institute at UC Berkeley, postdoctoral positions at the Institute for Mathematics and its Applications and at ETH Zurich, and 3 years as an assistant  professor at IST Austria. She is an elected member of the International Statistical Institute, and she received an Alfred P. Sloan Fellowship, an NSF Career Award, a Sofja Kovalevskaja Award from the Humboldt Foundation, and a START Award from the Austrian Science Foundation. Her research focuses on mathematical statistics, in particular on graphical models, causal inference, and the use of optimization, algebraic and geometric methods in statistics, and applications applications thereof to biology.
CV (pdf) 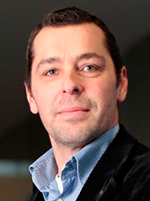 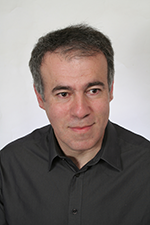 Jean-Michel Zakoian is director of the Finance-Insurance laboratory at CREST and professor of applied mathematics at Lille University and ENSAE.
He is associate editor at Econometric Theory and Journal of Time Series Analysis, and has co-authored a book on GARCH models.
His main research interests include financial and time series econometrics. In these areas, his current research focuses on risk estimation in the framework of dynamic portfolios, and the modeling of bubbles by non causal processes.
CV (pdf) 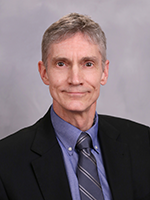